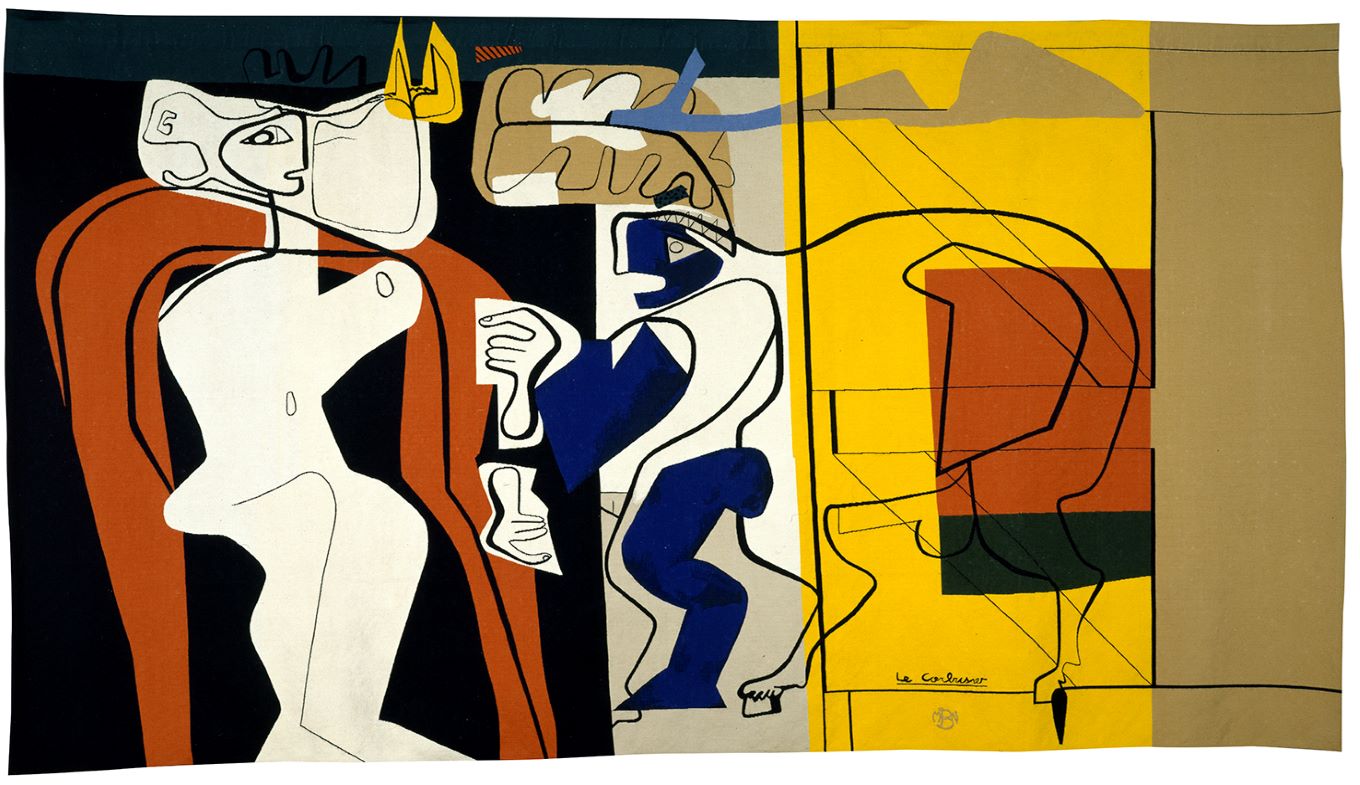 For the first time in the Netherlands, Kunsthal Rotterdam is presenting a large-scale retrospective of imposing tapestries based on designs by renowned artists like Picasso, Le Corbusier, Miró, Vasarely and Louise Bourgeois. The exhibition ‘Extra Large’ focuses on a period of a hundred years, with tapestries made directly after the First World War up until now, and reveals a virtually unknown aspect in the bodies of work of many modern and contemporary artists. They have been using the age-old weaving technique as the point of departure for their textile art while constantly reinterpreting it. Most of the sixty works were produced at the historical institute ‘Manufacture des Gobelins’ in Paris. With their combination of artistic finesse and extraordinary craftsmanship, these metres-high, handwoven tapestries are of an unrivalled quality and a joy to behold, and show how surprisingly modern the traditional craft of weaving still is.

In ten chapters, ‘Extra Large’ shows the development of the tapestry. The colourful, figurative and occasionally very abstract works reveal the endless possibilities of the craft. The brightly coloured ‘Une carte du Japon’ – made between 2012 and 2017 after a design by the French artist Alain Séchas – shows how weavers are able to imitate the expressive brushstrokes used in painting. Also surprising are the handcrafted optical illusions of Victor Vasarely and the Israeli artist Yaacov Agam. Their often square-shaped tapestries look as if they are three-dimensional and almost appear to be moving. Since the beginning of this century, technical aspects of the digital age also started to make an appearance in the designs. With a computer-manipulated self-portrait, the French artist ORLAN is for instance challenging conventional ideals of beauty. And with extremely enlarged pixels in his work ‘Jardins des Gobelins’, Christophe Cuzin, another French artist, emphasises the similarities between digital imaging techniques and the woven grid structure of the tapestry.

LOCKDOWN ISOLATION INSPIRES MUSICIAN TO MARK THE SAILING OF…

The designs sometimes convey a socio-political message or depict historical revolutions, while other tapestries have a more decorative purpose. Although the old techniques for weaving and knotting have remained unchanged, the often complex designs of the tapestries have resulted in innovating the craft. Picasso’s design ‘Les Femmes à leur toilette’, for instance, remained on the shelf for thirty years until, in 1971, the weavers were finally experienced and confident enough to start working on the particularly detailed tapestry. Even now, the completion of a unique tapestry often requires years of intensive manual labour.

Monumental For the exhibition ‘Extra Large’, the Louvre Museum in Paris is taking the tapestry ‘La Globe terrestre’, which is only finished for one third, out of storage for the first time. In 1940, the German painter Werner Peiner was commissioned by the German occupying force to make this 72 m2 design. After the liberation in 1944, the production of the monumental tapestry was abruptly halted. In 1943, the French artist Jean Lurçat had responded with his design for the gold-coloured tapestry ‘Liberté’, expressing the French people’s desire for freedom. This work is also shown at the Kunsthal.

Henrique Luvannor turns up at Kite Beach to support Dubai…

Termas-da-Azenha : For a relaxing and superb stay in…