Four Seasons Hotel Prague marks twenty spectacular years of luxurious hospitality. Over the past two decades, the riverside Hotel has established itself as a place of truly breath-taking views and impeccable service attracting discerning guests who wish to experience the beauty of Prague through all senses.

Located in the heart of the Golden City at the very bank of the Vltava River with unparalleled views of the Prague Castle and Charles Bridge, the Hotel’s special location and dedicated team have blended into the right chemistry, which has created many memorable, heartwarming moments for both guests and the community as well as earned more than 50 international awards, including the first Michelin star in Central Europe and the only Five Star Hotel Rating by Forbes in the Czech Republic.

“Twenty years is a remarkable milestone, one that could not have been achieved without our wonderful people. I am immensely proud of each and every team member, some of whom have been with us since the very beginning, for bringing in passion and putting us on the forefront of luxury hospitality in Prague,” says General Manager Martin Dell.

One of the most notable accolades arrived in 2009, as the Executive Chef of the time, Andrea Accordi, recalls. “I moved to Prague with a dream of achieving my second Michelin star and the goal to bring the first star to the city. It was the first time for me to run such an important and beautiful hotel, I was so excited and at the same time thinking how I would manage such property. On the day of the Michelin star release, I think I went to the office of Rene Beauchamp, who was the General Manager at that time, at least six times to see if there were any updates. Finally, the call came in, Allegro got the first Michelin star in Prague and Eastern Europe! This was one of the greatest moments for me and the team and we went straight into the kitchen to celebrate with a glass of champagne. What a moment and what a party between emotions and tears,” says Andrea Accordi. 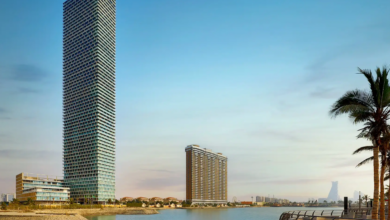